The Four Types of Taxation in the UK

Corporation tax is paid by limited companies on their profits.

Corporation tax is not payable by the self-employed but does apply to the following organisations, even if they are not limited companies:

When a company’s profit level changes from the small companies’ rate to the main rate, marginal relief is available to ease the transition.

From 1 April 2012 onwards, the terminology used to describe some Corporation Tax rates and reliefs changed. This table reflects the new terminology but for ease the changes are shown below:

The main rate of Corporation Tax applies when profits (including ring fence profits) are at a rate exceeding £1,500,000, or where there is no claim to another rate, or where another rate does not apply.

*For companies with ring fence profits (income and gains from oil extraction activities or oil rights in the UK and UK Continental Shelf) these rates differ. The Small Profits Rate of tax on those profits is 19 per cent and the ring fence fraction is 11/400 for financial years starting 1 April 2010, 2011 and 2012. The main rate is 30 per cent for financial years starting on 1 April 2010 ,2011 and 2012.

Legislation will be introduced in the Finance Bill 2012 to reuce the following:

Legislation will be introduced in Finance Bill 2013 to reduce the main rate of Corporation Tax for non ring fence profits to 22% for the Financial Year commencing 1st April 2014.

CGT is a tax on capital ‘gains’. If when you sell or give away an asset it has increased in value, you may be taxable on the ‘gain’ (profit). This doesn’t apply when you sell personal belongings worth £6,000 or less or in most cases, your main home.

You may have to pay CGT if for example, you:

You don’t have to pay CGT on:

These are some points to bear in mind:

For gains on or before 22nd June 2010
Capital Gains Tax is charged at a flat rate of 18 per cent.

The following Capital Gains Tax rates apply to gains after this date:

A tax on the value of a person’s estate on death and on certain gifts made by an individual during their lifetime. Broadly speaking your estate is everything you own at the time of your death, less what you owe. It’s also sometimes payable on assets you may have given away during your lifetime. Assets include things like property, possessions, money and investments.

It only applies if the taxable value of your estate is above the threshold which for 2012/13 tax year is £325,000. It is only payable on the excess above this nil rate band.

The rate at which Inheritance Tax is charged is 40%.

Income Tax is a tax on income. Not all income is taxable – and you’re only taxed on ‘taxable income’ above a certain level. Even then, there are other reliefs and allowances that can reduce your Income Tax bill – and in some cases mean you have no tax to pay.

There are certain sorts of income that you never pay tax on. These include certain benefits, income from tax exempt accounts, Working Tax Credits (WTC) and premium bond wins.. These income sources are ignored altogether when working out how much Income Tax you may need to pay.

How much Income Tax you pay.

After your allowable expenses and any tax- free allowances have been taken into account, the amount of tax you pay is calculated using different tax rates and a series of tax bands.

Remember: the tax band applies to your income after tax allowances and any reliefs have been taken into account; you’re not taxed on all of your income.

‘Dividends’ means income from shares in UK companies.
Savings and dividend income is added to your other taxable income and taxed last. This means you pay tax on these sorts of income based on your highest Income Tax band.

For 2013-14 the personal allowance for those aged under 65 will be set at £9,205 and the basic rate limit at £32,245. The Class 1 Upper Earnings Limit and the Class 4 Upper Profits Limit for National Insurance contributions will be aligned with the point at which the higher rate tax becomes payable (£41,450).

From 2013-14, the age-related personal allowances will not be increased and their availability will be restricted to people born on or before:

Legislation will be introduced in Finance Bill 2013 to apply a cap on income tax reliefs claimed by individuals from 6 April 2013. The cap will apply only to reliefs which are currently unlimited. For anyone seeking to claim more than £50,000 in reliefs, a cap will be set at 25 per cent of income (or £50,000, whichever is greater) Draft legislation will be published for consultation later this year 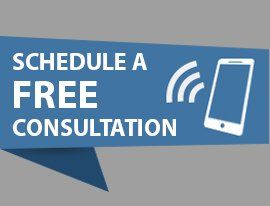 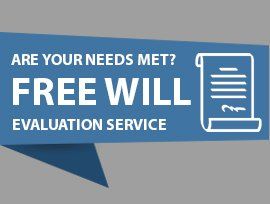 Utilise Trusts to preserve your wealth and assets for future generations and to minimise inheritance tax bills.